In the second part of our mini-series of posts on Motion Design & the Modern Game we’re turning our gaze to the sidelines, virtual advertising and sausage dogs.

Stanley the Dog animation by OMM

I often wonder if players get distracted by animated billboards. It turns out they do.

Here’s a short clip of a player squaring the ball to Santa. Or there’s the time Swansea’s Renato Sanches passed the ball to the Carabao energy drinks logo – this one’s a little more embarrassing.

These short animated ad spots generate a wealth of cash for clubs. The price for LED advertising at our local club Bristol Rovers, starts at a cool £3,000 per minute.

It’s recently been announced that Man City are installing a two-tiered ‘Supersized LED’ system at the Ethiad later this year. However they aren’t the first club to increase the size of their advertising real estate. Back in 2018, Wolves introduced a two tier row of perimeter advertising offering advertisers the opportunity to appear on top of each other, or purchase a ‘Mega Minute’ of content spanning both screens. 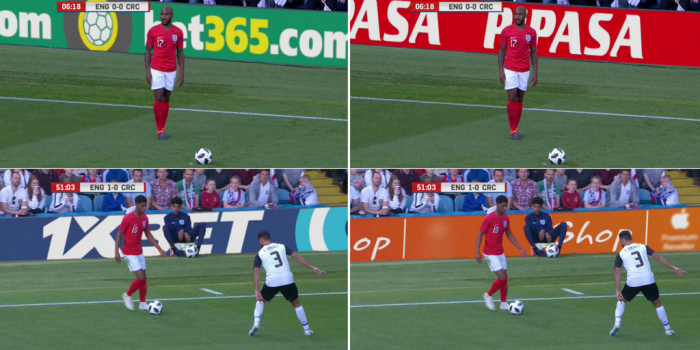 Screens aren’t just getting bigger… they are getting smarter too.

Virtual Replacement Technology, introduced to a number of UK stadiums in 2017, makes it possible for editing software to track and replace billboard graphics as they are streamed to different TV audiences around the world.

LED billboards display one advert to fans sitting in the stadium, whilst the software replaces these adverts with different content for audiences worldwide. The technology allows clubs to tailor their advertising to specific international audiences.

How soon it will be until we see this technology applied to other areas of the game? Perhaps tracking and replacing a shirt sponsor. Maybe you’d like to see your current team play in a classic kit? The video below shows virtual clothing experiments from Danil Krivoruchko that, although rudimentary, provide a clear impression of what could be achieved further down the line. I’d pay good money to see Pickford wearing England’s Euro 96 keepers kit. 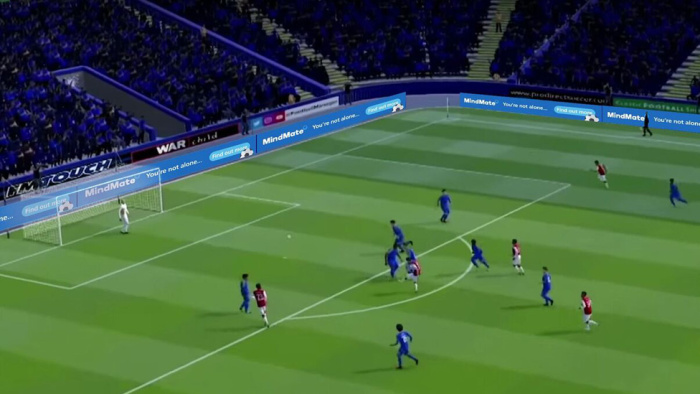 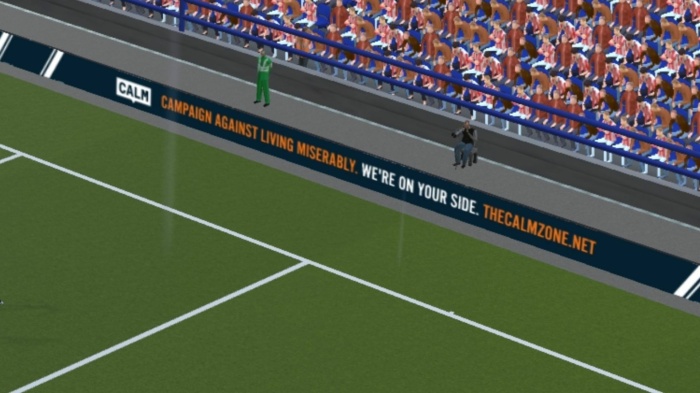 If virtual replacement technology feels a little dystopian, let’s move onto a story about virtual advertising that feels a touch more wholesome.

Sega’s Football Manager franchise includes billboard advertising lining the wings of its stadiums, featuring a mix of both real brands and fictional filler.

If one was so inclined, you could place a virtual advert into the game through London startup, Bidstack – a bidding platform, created to service ads, billboards and hoardings within console and PC games.

During the first Covid lockdown, the game gave away billboard advertising to Mental Health charities who were offering aid and advice during the Covid-19 crisis.

This isn’t the first time Football Manager have supported charities via their digital billboards. Back in 2018, Bidstack helped launch the ‘MindMate’ virtual advertising campaign that used geotargeted mental wellbeing ads in Football Manager stadiums. The game targeted previously hard-to-reach young men in Leeds with a local NHS ad. Clicking the billboard took users to the NHS website to find out more.

“Bidstack is delighted to be working with the NHS and MindMate to raise awareness and support of mental health issues in young people; males in particular are hard to reach and engage, and the gaming environment in Football Manager is a great way to connect with them.”

Join us next time for our final post of this series, where we’ll be taking a look at the Premier League rebrand and Dixon Baxi’s motion principles. 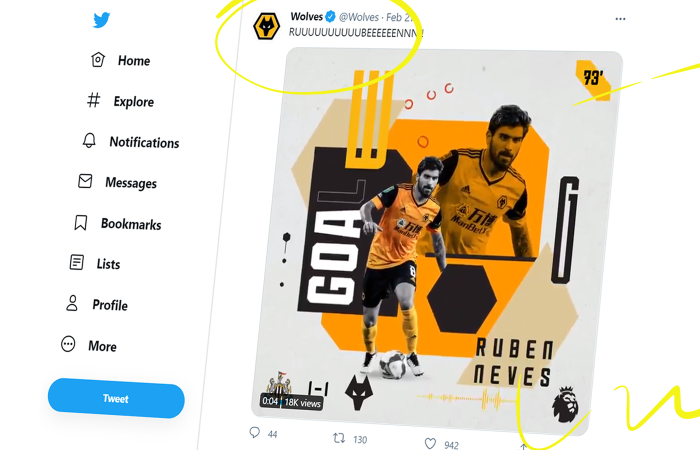 We're kicking off our three part series on motion design & the modern game with a look at social...